The Dragon Gate is a sister underground organization parallel to the White Dragon Society. Long time ago, both groups were actually one. But after the Rothschilds, assisted by the Triads, overthrew the Qing dynasty of China in Xinhai revolution in 1912, both groups had to go underground and they began opposing the Cabal from behind the scenes and then their paths began to diverge. The White Dragon Society (as some people in the West call it now) focused more on political, military and financial opposition to the Cabal:

At the same time, the Dragon Gate began to focus more on the development of the advanced technologies and spiritual liberation process from the grip of the etheric Archons. Both groups are cooperating behind the scenes to assist in the liberation of the planet and their methods are complementary.

Included with the Mandala Sphere is a fiber optic crystal wand for local physical application to the energetic and informational delivery points of the body and a set of programmable crystals for remote and portable application, as well as a photoporation capsule.

One of the most amazing properties of this laser technology is that it is the most powerful tool on the planet which assists us in removing the etheric implants. This is the closest technology to the Pleiadian light chamber as we can get on the surface of this planet.

You can read more about this technology and order it here:

There are many developments behind the scenes regarding bringing free energy technology to the masses and if all goes well, I will be able to report about it soon.

Victory of the Light is near!

Beings of Enlightenment are in development as energetic grids continue upgrade process.

Essentials are finished. Details are in final stages, nearing completion.

“Singularity of mass upgrading” is the point of no return.

“A point of infinite density and
infinitesimal volume, at which space and time become infinitely distorted
according to the theory of General Relativity. According to the big bang theory,
a gravitational singularity existed at the beginning of the universe.
Singularities are also believed to exist at the center of black holes.”

The singularity term here would imply a
point preceding a “big bang” in overall Gaia
consciousness.] 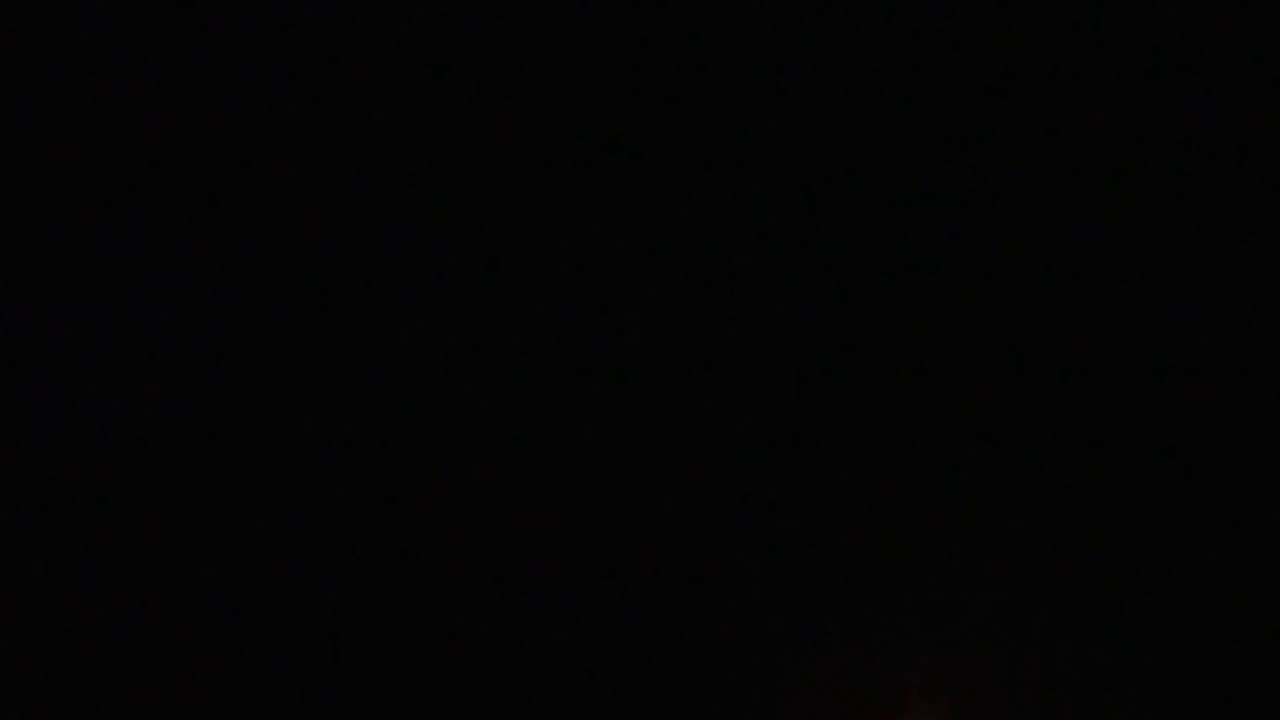 Why Friendly Spacecraft Are Often Invisible To Our Eyes?

We and our spacecraft will remain invisible to your eyes, unless you were raising your frequency to match the level where we are, or vice versa! By raising or lowering our vibration, we can give the impression that appear and disappear. You can only see and hear the dimensional level that matches your frequency. As as you learn how to operate and adjust your frequency to collect a wider range of multidimensional levels, you will discover the myriad life forms that share the cosmos with you.

IITM:  Folks, we are to raise our frequencies to see the ships… there are many ways to do this…. love is the highest frequency for example… also most humans can benefit from a heavy metal detox, as the excess metals in our body, will slow the Light that travels through our system… also…

There appears to still be controversy around Billy Meier… and much effort to discredit him… well for me, I too, didn’t overly resonate with his story, and actually didn’t even go there… the energy felt off somehow… but then again, wouldn’t your energy be off, if you were the first modern contactee… and everyone seems to want to discredit you? 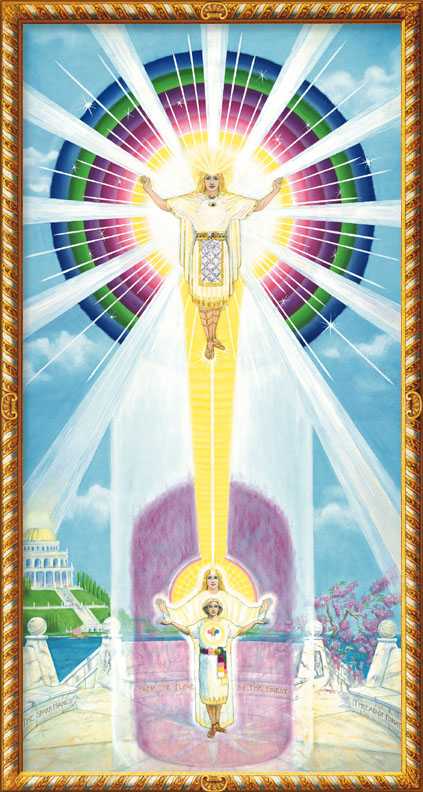 The I AM Presence

The Reality of Who You Really Are

The Video Version will be up tomorrow

For those wondering what’s the difference between classes, flares are graded from least powerful A through to B, C, M or most powerful X class. Each class is ten times more powerful than the previous class, and has 9 grades of power, except X class which goes on without limit. These recent X-class flares have been in the X.1 and X.2 range.

Written by Steve Beckow, the Golden Age of Gaia, http://goldenageofgaia.com/2013/10/a-rebirth-of-news-and-entertainment/

Photo: Where is Moses when we need him?

There’s something interesting happening and perhaps I can share about it because it impacts us and the rest of the world.

These are just my suppositions; they aren’t the truth and may not even be factual. But they reflect the way I see things.

Usually our media news is all about fresh catastrophes. That reflects the fact that the Illuminati were creating fresh catastrophes with their weather-warfare weapons (Haitian and Chilean earthquakes, wildfires, flooding, tsunamis) and that a CIA-controlled press was dutifully reporting their handiwork so as to cause chaos, confusion and disheartenment.

Thanks to Golden Age of Gaia.

Mary Magdalene: A Humanity One at Heart, channeled by Ute Posegga-Rudel, October 26, 2013 at http://radiantlyhappy.blogspot.co.uk

MY DEAR ONES, You, who are here to work for the light, are now at the point where your service is being requested like never before.

You will see many things arise and change that will show your still sleeping brothers and sisters that this reality is not continuous or firm and not forever.

This will challenge them to change their point of view that still rests on the illusionary surface of themselves and their world, and to seek the strength and eternity they project onto the outer world within themselves.

Thanks to Golden Age of Gaia.

Hilarion: You Must BE the Light, channeled by Marlene Swetlishoff, October 27, 2013 at http://www.therainbowscribe.com/hilarion2013.htm

The world around you is filled with many distractions that demand your attention and focus. It is very easy to get caught up in the polarity games as they play out and it is important for the Light Bearers to hold their ground. As you have already experienced many times, the headlines in your news media are generated to attract followers.

Remember that where you put your thoughts and focus is what in turn, you will bring into manifestation. It is advisable to keep your thoughts and focus on what you want to experience in your personal world rather than that which is dissolving and disintegrating in the higher frequencies. The old world paradigms are no longer working even though there is a frenzied effort to bring…

Let an unending banquet of Love wash over you now as you read these words and absorb the energy they’ve arrived with.

All of the pain and disharmony can meld away when allowing yourselves to tap back into the Universal conduit of oneness energy as well as the various perceived personalities comprising such a complex, who our scribe has referred to as your Universal Family.

We are indeed your Family, and we have so much Love and guidance to share with you.

Humanity’s destiny, while being set in stone in so many ways, is ultimately being decided by you as individuals and as a collective. However, we seek to offer the advice and guidance of souls who’ve been through our own respective lower-dimensional experiences and can understand some of what you’re experiencing from the perspective we’re blessed with having.

As you ascend and reach purer states…

How to explain the current state I am seeing  and sensing after some talks with friends about what is happening. The walking the dream.The shifting within from an unknown parameter into the new. It is all about walking the path of the dream that already was dreamed within.

The new way is recognized as it is that what you already knew and know.  It is that what is becoming reality of the new. It is a feeling of emptiness as it is the space of  neutral, the all is. That space feels like there is nothing but all is there.

Written by Steve Beckow, the Golden Age of Gaia, http://goldenageofgaia.com/2013/10/the-purpose-and-design-of-life-1/

I’ve been asked to write a review of basic spiritual principles and nothing could bring me more joy. I do so as an interested party, making no claim to expertise.

I may not be able to post a new part of the series every day.

This is a personal but cross-cultural view.  Much of what is said here does not dovetail with contemporary religious views of these matters, but I contend that it corresponds with what the founders of those religions say.

Underlying all the views examined here is a root reality, the description of which has been called the Perennial Philosophy and the Ageless Wisdom.  Its basic premise is that all life has a purpose, design and plan.